“Do you know your icons?” Contest

The Winners of “do you know your icons?” contest are: Taylor H.– Basking Ridge (Photo Below) and Juliette F. – Mendham 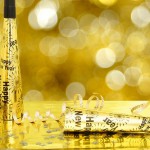 Watching the clock tick down the final seconds until midnight, many of us- Nettune & Banasiak Orthodontic Associates included- feel nostalgic about the passing year and hopeful about the new one to come. New Year’s Eve is one of the most widely celebrated holidays in the world, with over-the-top celebrations taking place in dozens of countries. The Gregorian calendar, which is widely used in Western nations and around the world, was implemented in 1582. Since that time, December 31st has marked the final day of the year, with midnight heralding the beginning of a brand new year. In the United States, New Year’s Day is a public holiday; government offices, schools, public organizations, and many businesses are closed for the […]

Does my child need two-phase treatment? 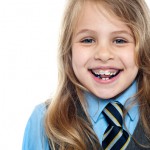 Two-phase orthodontic treatment involves two separate and distinct periods that your child receives orthodontic treatment. It allows your son or daughter to begin early treatment of bite and jaw problems, in order to reduce the dental issues he or she experiences later on. Two-phase orthodontic treatment with Drs. Roger Nettune and Kenneth Banasiak can improve how well the second phase of the treatment works and helps to make room for permanent teeth. Overall, two-phase treatment helps to position the teeth and the jaw for an attractive profile. Our team at Nettune & Banasiak Orthodontic Associates recommends that you bring your child to our Basking Ridge or Mendham, NJ office at the age of seven or eight, so that Drs. Roger […] 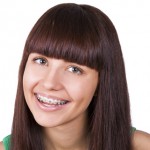 When beginning orthodontic treatment, most patients ask Drs. Roger Nettune and Kenneth Banasiak and our team a lot of questions about what to expect, while others choose to just “go with the flow” and leave it to us to build for them a beautiful smile. And for our team at Nettune & Banasiak Orthodontic Associates, that’s understandable. But for those who do ask questions, two of the ones we frequently hear are “Will my braces hurt?” and “How long will these be on?” We explain to our patients that despite what they’ve heard, braces do not hurt when they’re initially put on. Yes, you will experience soreness after your braces are placed and when your teeth start to move. Too […] 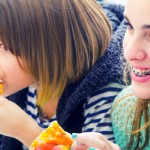 Did you know that more than four million children throughout the US and Canada have braces? At Nettune & Banasiak Orthodontic Associates, Drs. Roger Nettune and Kenneth Banasiak and our staff know that kids can be picky and meticulous eaters. If cooking for children without braces is difficult, preparing meals for children with braces is especially daunting. “Comfort food takes on a whole new meaning when cooking for children with braces,” says Pamela Waterman, author of The Braces Cookbook: Recipes You and Your Orthodontist Will Love. “Whether you have new brackets, elastics, headgear, or more, there are great foods you can eat; it just takes some thought.” These five braces-friendly dinner recipes will be sure to keep your kids smiling! […]

Invisalign Teen®: Why Invisalign® is the best choice for teens 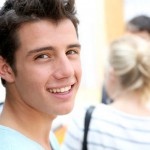 Those challenging teenage years are some of the most self-conscious ones of your life, and concern for your appearance definitely plays a large part. Invisalign is becoming a very popular choice for adolescent patients today, but is it the best choice? The results from teenage Invisalign users indicate that Invisalign is both effective for teeth straightening and for satisfying that urge to avoid the dreaded “metal mouth.” Drs. Roger Nettune and Kenneth Banasiak can help you determine if Invisalign is right for you, but this article will explain why so many people are calling Invisalign the best choice for teens today. Metal-Free Braces Invisalign is a clear plastic device that fits directly over the teeth. There are no metal parts […]